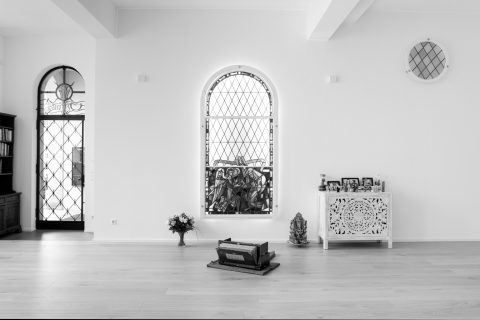 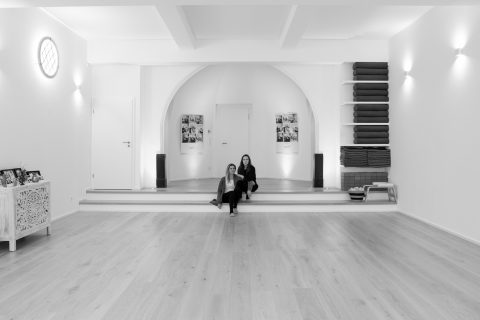 ABOUT JIVAMUKTI YOGA
Jivamukti Yoga is a method of yoga that was created by David Life and Sharon Gannon in 1984, which reintegrates the physical, philosophical and spiritual aspects of Yoga. The emphasis in the west has been on Yoga as mostly a physical practice. More and more people are achieving firmer bodies through regular yoga classes. But many are finding something more: what starts out as a purely physical practice creeps into the hearts and minds of even the least spiritual practitioners. David and Sharon became teachers because they were passionate about communicating Yoga as more than just a system of exercises, but also as a spiritual practice; a path to enlightenment. From their earliest classes, they have taught a living translation of the Indian system of yoga in a way that western minds can comprehend. That is why Jivamukti Yoga emphasizes vigorous asana as its primary technique, but other practices such as meditation, devotional chanting and study of the ancient texts play an important role as well.
The Jivamukti method of Yoga is one of the nine internationally recognized styles of Hatha Yoga. The other eight being: Ashtanga, Iyengar, Viniyoga, Sivananda, Integral, Bikram, Kripalu, and Kundalini.

WHAT DOES THE NAME JIVAMUKTI MEAN?
»We chose the name Jivamukti (pronounced Jee-va-mook-tee) Yoga to reflect the true aim of yoga, which is liberation. Jiva means individual soul and mukti means liberation. The exact transliteration of the Sanskrit word from which Jivamukti is derived is jivanmuktih, which means liberation while living. The name Jivamukti Yoga reflects the fact that it is possible to have a beneficial and fulfilling life in the world, and also progress spiritually-perhaps even attaining liberation (Samadhi) while living.«
– Sharon Gannon and David Life, Jivamukti Yoga

THE FIVE TENETS OF JIVAMUKTI YOGA

Scripture –
Study of the ancient yoga teaching including Sanskrit chanting.

Bhakti –
Acknowledgement that universal consciousness is the goal of all yoga practices.

Nada –
The development of a sound body and mind through deep listening.

Meditation –
Connecting to that internal unchanging reality within.